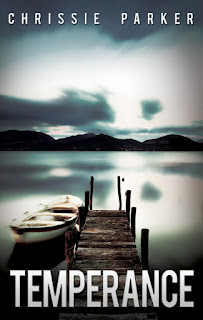 Gabriel is weary, hunting for a murderer.
Patience is adrift, her life a complete lie.
Nate is scared, hiding from his worst fears.
Juliet is frantic, her time is running out.

As four fragile lives collide, the truth is finally revealed.

And betrayal and death become inevitable.

Lake Tranquil was vast.  So much so that Patience couldn’t see where it ended or began.  Despite its size, it was deserted.  She was the only human in sight and she loved the thought of being so alone, immersed in the beauty of nature.  An occasional bird flitted in and out of the trees, or swooped down to land at the water’s edge.  In the distance, a rabbit ran through the trees, its tail bobbed, flashing white as it ran for cover.

Trees lined craggy mountains that surrounded the lake.  They were thick, green and tall, and reached to the shoreline; only a small wavering line of pebble-covered beach sat between the shimmering waters and the forest.


It wasn’t the first time Patience had been to Lake Tranquil.  Once, as a child, she had visited it with her mother and enjoyed a week of blissful freedom away from the chaos of life.  Now here, fleeting memories flooded back.  Swimming in the lake as her mother sat on the deck and read.  Running through the trees playing hide and seek, and sitting on the shore as the sun set.  Watching the stars appear overhead as her mother cooked fish over a smoky fire.  It was a time in her life that stuck in her mind, when her mother had been truly happy and content.


It was why Patience was here. 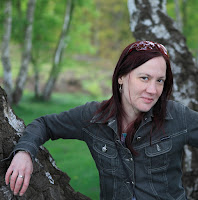 Chrissie lives in Devon, UK, with her husband and is a freelance Production Coordinator working in the TV, documentary and film industry.
Chrissie is also an Author.  Her thriller Integrate was released in October 2013 and her historical fiction Among the Olive Groves was released in July 2014.
Other written work includes factual articles for the Bristolian newspaper and guest articles for the charities Epilepsy Awareness Squad and Epilepsy Literary Heritage Foundation.  Chrissie has also written a book of short stories and poems, one of which was performed at the 100 poems by 100 women event at the Bath International Literary Festival in 2013.

Chrissie is passionate about Ancient History, Archaeology and Travel, and has completed two six-month Archaeology and Egyptology courses with Exeter University.   She is learning to play the Ukulele and likes to read, collect books, listen to music. To find out more about Chrissie visit her WEBSITE 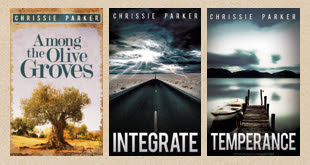