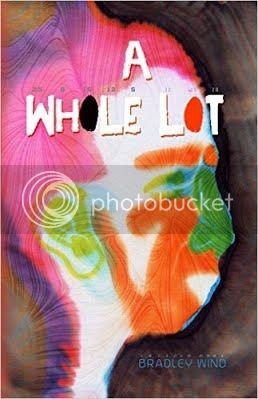 Abel Velasco calculates many things. Things like the arc of falling sycamore leaves, the duration of a dog sneeze, or the number of times his aunt might hit him. He can’t help it – he’s a savant.

It is 1982. Abel has left foster care to live with his newly found relatives. His typical teenage struggles are compounded by the complication of his savant talents. Searching for a challenge, Abel becomes obsessed with the mysterious architecture of an abandoned mansion and strangely numbered Bible, launching his journey from suburban New Jersey to Berkeley, California and beyond.

Dr. Darold A. Treffert, author of "Extraordinary People," consultant for the movie "Rainman" and expert on savant syndrome wrote to Bradley: "Savant syndrome typically is present from birth as a part of some developmental disorder, including autism. But there are also cases of what I call "acquired savant" syndrome following head injury. The Acquired Savant raises interesting questions about the little Rain Man that might reside, perhaps, within us all."

I sense something divine in you. Yes, I do.

In December 1666, the Chevalier de Terlon plucked a finger from the skeletal hand of the great mathematician René Descartes. When caught, de Terlon defended his theft as being worthy for, after all, it was the “instrument of the defunct’s immortal writings.” As documented in several of my favorite encyclopedias, Descartes was the father of modern philosophy and a key figure in the Scientific Revolution. No doubt he deserves respect, but I believe the finger theft a fitting tribute.
Descartes was a real a-hole. He called animals automata, basically flesh robots, and thought them without souls. How horrid to think of him dissecting living dogs, doing so only to learn how their hearts beat. A finger bone taken postmortem appears minor when one considers all those lives he stole, but still, he is my greatest hero and possibly, when I turn thirteen next year, I’ll care less for dogs. Most adults seem uninterested in animals.

I wish my neighbor, Mr. Sutkin, merely felt apathy toward his dog. He appears to hate Mister Scratch. Why own a dog you hate? Each time I see him hit Mister Scratch, I wish someone would steal Mr. Sutkin’s, pre-mortem.

From my back porch, I watched Mister Scratch sniffing for a discreet bowel-relief location. Mr. Sutkin would beat him if he crapped in his own yard, or if he found him on the obsolete train tracks that ran behind our houses. The options left were our property or on the banks leading down to the tracks. Crapping on a slope was no easy feat, so he preferred our yard. I tried to signal him to go next to the clothesline—neither Mr. Sutkin nor Pigpie (my aunt) could see him there, and I could take care of his pile—but he was too busy sniffing to notice me.

I dodged between the drying sheets to retreat from the breeze, pausing to smell the flowery detergent and experience the secret-passageway feeling that standing between sheets can give. Leaves flittered above, and the sheets started to whip against me. I considered sneaking a quick trip to the tree before mowing the lawn. The weather felt perfect for tree climbing.

Mister Scratch finished up his business and came over to sniff me as I started toward the tracks. His scent reached me first. If you eat what you smell, which we all do, and you are what you eat, then part of me is Mister Scratch - while most would find that a disquieting fact, I breathe deeply when he’s near. He’s a bent-tailed mutt who’s mostly beagle with conceivably some German shepherd, and he follows me all over the yard whenever we’re outside. He stopped at the slope, as he always does, and I waved good-bye as I climbed down.

A dirt trail detoured off the main path and wound through dense weeds and brushwood. Few could navigate it, especially not heavyset individuals. One had to keep alert to each root, rock, and thorny twig, but the path ended at a worthy destination: a giant old sycamore with a slat ladder nailed to the trunk.

At the seventh slat, I knew AC/DC Rocks and followed the directions to Keep Going!! At the eleventh, my heart doubted the truth that Alan & Lisa and they had True Luv Always. At the seventeenth slat, the writing on the board unnecessarily tipped me to being high in the sky with a little marijuana leaf drawn next to it. It was somewhat frightening to climb this far above the ground into such an old tree, but I always focused on the ladder’s words until I rested in her huge limbs. The gold and still-greenish leaves enveloped me as I dug my fingernails into the bark. After five minutes of careful climbing, the branches went rubbery, a stoplight signaling to go no farther. I did a quick scan for anyone who might see me