HIS FINALDEAL by THeresa A. Campbell 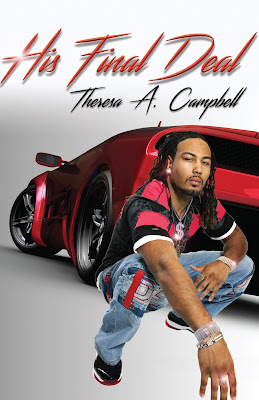 Raymond Brown, popularly known as Smooth Suave, is one of Jamaica’s biggest drugs lords. With eight children by six baby mommas and counting, he’s a player for life. A true baller, he lavishes in his wealth. He’s a shot caller with “soldiers” wheeling and dealing all over Jamaica. It’s Suave’s world, and everyone else just lives in it . . . or so he thinks.

However, his nemesis, King Kong, sees it differently. Rivals since childhood, King Kong is hell-bent on destroying Suave at any cost. As the war over power, drugs, and money intensifies—from Wilton Gardens (Rema) to Arnett Gardens (Jungle)—bodies are dropping like flies, washing the island of paradise in blood.

But it is the murder and kidnapping of two of Suave’s loved ones that bring him to his knees. Being framed for murder, hunted by the cops, pursued by his enemies, betrayed by friends, tormented by a horrid secret, and fighting to protect his family and empire, Suave is nearing his breaking point. Yet, he isn’t going down without a fight.

Voilà! Suave makes a deal to eradicate his enemies—but if it backfires, it could very well cause him his own life. Then God counteroffers Suave’s deal with His own—one that will undoubtedly give Suave the victory he needs but requires him to give up his drug empire and turn his life over to the Lord. With his motto being, “I don’t do God,” will Suave accept God’s deal or take the risk of his own deal? 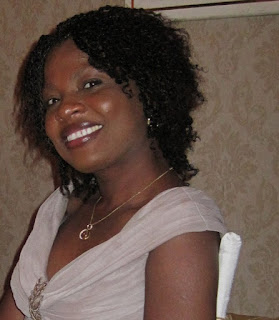 Theresa A. Campbell is the author of the soul-fulfilling, entertaining novels, His Final Deal, Are You There, God? and God Has Spoken. She hails from Jamaica, West Indies and has earned business degrees from Baruch College and Fairleigh Dickinson University.

Growing up in rural Jamaica without electricity until she was about 11years old made Theresa read a lot. The lack of modern amenities did not detract from her creativity; in a sense, it improved her ability to see the ending of a story from a different perspective.

Theresa's sense of purpose is entrenched in the belief that God is always there for us, and she knows in her heart that she has to share this with her readers. It's Theresa's objective to keep it real at all times in her books so everyone can relate to her characters.
About The Book 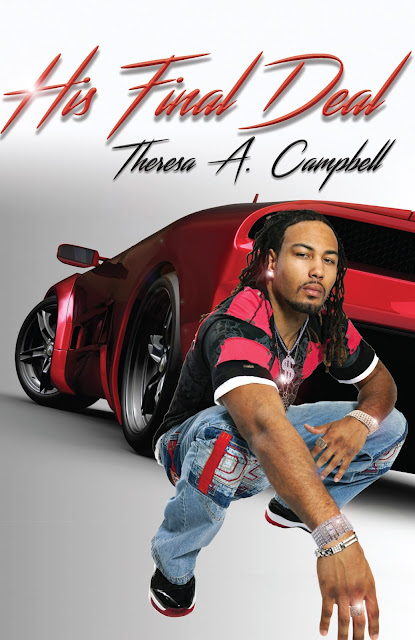