The Corpse Wore Stilettos a Cozy Mystery 1st in Series

Welcome to Introspective Press Kat Waters. You have had a rough go!

Thanks so much for having me! It has been a difficult time, and you are very kind to notice, but as Master Tahkaswami my (former) spiritual advisor would say, “Stars shine brightest when it’s darkest”

These days any meal that doesn’t include macaroni from a box is a good one. But I must say, I sorely miss the Aragosta from Maria’s in Boston. All that lovely cream and pastry. Of course, as a St. Louis girl with a soft spot for ice cream, or I should say custard, there’s nothing better than Ted Drewes. 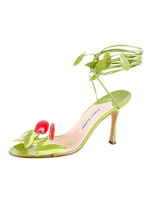 2) Is it always Jimmy Choo or do you like other brands of shoes?

Goodness no, I could never discriminate in the world of shoes! I recently had to part with the most gorgeous pair of lime-green Manolo Blahnik sandal pumps. They were beautiful, but not very practical, with their long leather ties that wrapped around the ankles, sparkly bobbles on the toe straps and that striking lime color. Of course, I’m not a Spring, so I don’t wear a lot of lime. But now that I’ve swapped them with Sheila for her drag queen outfit in exchange for the rent money, I’m sure they’re in a good home where they will be appropriately appreciated.

3) Tell us a little about Burns McPhee...

Did you know that security consultancy is one of the top ten highest paying jobs for retiring military Special Forces? One of the analyst positions would pay better, but I couldn’t imagine Burns behind a desk at a computer all day. That’s more Neutron’s speed. He’s Burns’ professional hacker. Burns is more of a people person, I suppose. Except when he’s being difficult, which has been often since we met.
I partly ended up in the middle of this mess because of him. If he had just corroborated my alibi to start with, instead of resorting to extortion, any question about my involvement in this body snatching nonsense would have been put to rest. Although, I don’t suppose I can blame him for wanting to solve his best friend’s murder. Plus, no one can be too careful with who they trust these days. And Burns definitely has trust issues.
Still, a recent study by Forbes 55% of the top CEOs listed trust as the number one factor in a good working relationship. I think Burns and I have managed to find some common ground. He doesn’t insult my shoes and I let him stick surveillance at my apartment. It seems to be working for now.

4) Coffee, Tea or something stronger?

Oh, tea please! The last time that Grand went “shopping” at our police impounded old house, she liberated the Tiffany tea set. It’s been lovely to have it back, even if the tea we can currently afford doesn’t do it justice. Don’t get me wrong, I don’t need a Narcissus, but a nice Moroccan Mint or a Darjeeling from the Mornai tea estates would be appreciated. Did you know those tea leaves are only plucked between June and August?

5) Are you brave by nature or necessity?
I wouldn’t say I’m brave at all. I squeal when I shoot a gun and have yet to meet a mobster that didn’t scare the pantsuit off of me. Bravery’s more Burns’ area. He used to be Special Forces and the military vibe radiates off of him. Even DC, my best friend, is braver than me. Mostly because he tends to be scared of everything, so of course it takes bravery for him to help me in finding our corpse napper.

6) Favorite Childhood memory?
I must say that I’m one of the lucky ones. I had a lovely childhood full of fun, learning and great experiences. We traveled extensively and I was in tons of activities from pageants and dance to piano recitals and art classes. That’s part of the reason the recent trouble has been so unsettling. It’s hard to wrap my head around the possibility that my whole childhood was based on a lie, that Clark Waters, middle class accountant who took care of his family is really Clark Waters, mob fixer, whose family’s life was bought at the expense of others.

7) Anything else you want to share with our visitors?
You didn’t get a chance to meet my favorite pet pig Maybelle. She wanted to snort a hardy hello and remind you all to keep a close eye on your pets in the summer heat!

And now about the Book... 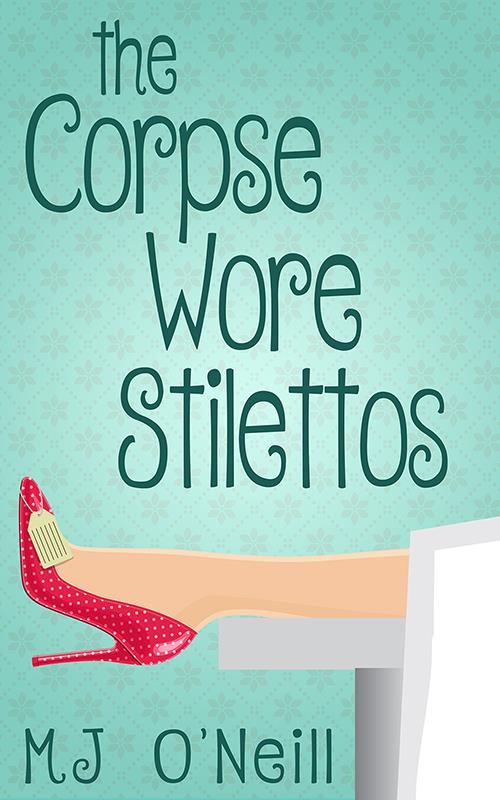 SHE WORE A DONNA KARAN MARKED FOR REPOSSESSION
Since Kat Waters’s father took a trip to the slammer on what she’s sure are trumped-up racketeering charges, life’s been tough. All their assets are frozen, and she’s down to the last few pairs of Jimmy Choos she can swap for rent. To keep her family out of the homeless shelter, the former socialite took a job at the local morgue—a job she’s about to lose when the body of a murder victim goes missing on her watch.
HE WORE A CAPTIVATING SMILE
While Kat’s processing the latest victim in the prostitute serial killings, ex-Special Forces soldier Burns McPhee strolls in with an air of confidence, expecting access to the Jane Doe. While Burns tries to flirt his way into examining the latest victim, whom he thinks is connected to the death of his best friend, someone else steals the body right out from under them.
THE CORPSE WORE STILETTOS
Dodging questions from the cops and kidnapping attempts from a body-snatching psycho, Kat and Burns forge a deal. He’ll clear her name and keep her safe if she gets him information on her peculiar coworkers, one of whom he’s certain is involved with the body heist. But digging up secrets can lead to a lower life expectancy. The unlikely team will need all their talents not to end up as the morgue’s next clients while they hunt for a murderer, the missing corpse, and a pair of diamond-studded stilettos.
About the Author 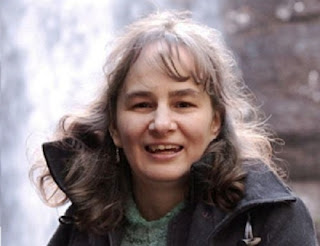 As the owner of a boutique chocolate factory in Atlanta, MJ O’Neill loves to write lighthearted, romantic mysteries with a sweet twist. She has a degree in business communications from North Carolina State University. When she’s not spinning a sweet yarn or creating delicious confections, she spends time with her husband, their kids, a hyperactive cocker spaniel named Devo (after the band), a princess tabby cat named Twilight (before the book stole her name) and a collection of stray fish. The whole gang can be found tooling around the back roads of the South in their RV where MJ uses the downtime to hatch her next sweet plot.
Author Links
Website – www.mjoneillauthor.com
Twitter –@melindajONeill
Instagram – instagram#mjoneillauthor
Facebook – mj.oneill.52
Purchase Link – Amazon