What inspired you to write this book?
The Gilded Stone is the fifth book in my International Bestselling Dark Tides series. I had originally panned for this series to be a trilogy. But the characters came alive and readers fell in love with them. There was just SO MUCH MORE story to be told. I’m already planning a sixth haha

What can we expect from you in the future?
Lots of big things! Dark Tides will continue on for the next year or so. I also have a co-written series coming out in 2020 with Rebecca Hamilton called A ouch of Darkness. It’s like adult Harry Potter (if Harry were a girl) mixed with Divergent. I also have a brand-new Time Travel Romance series slated for late 2020 release that’s set in ancient Egypt. Audiobooks of Dark Tides are in the works. Lots of good stuff! Stay tuned!

Do you have any “side stories” about the characters?
I have a short story from Benjamin Cook’s POV from Dark Tides. It can only be found in the books 1-4 box set.

Can you tell us a little bit about the characters in The Gilded Stone?
All the fan favs are back, that’s for sure. Dianna, Henry, Constance, Benjamin, Lottie, Gus, and – of course – Finn. But I’m introducing some new characters in the form of a mentally unstable siren. Also, a woman from Constance’s (Dianna’s mother) past. She was a bit of a troublemaker in her younger years and readers are going to learn more about why she began time travelling in the first place.

How did you come up with the title of the first novel?
The Devil’s Heart is the first novel in the Dark Tides series. Like all the other titles, it’s a euphemism for what happens in that story, but also double as the name of the pirate ship featured in that book. So, The Devil’s Heart represents Captain Devil Eyed Barrett’s dark heart and how Dianna has to break through his thick exterior. But the sip is also called The Devil’s Heart.

Who designed your book covers?
The amazing Majeau Design! www.majeaudesigns.com Corey does all my covers, illustrations, chapter headings, maps, my merchandise and more.

If your book was made into a film, who would you like to play the lead?
Easy! Emmy Rossum as Dianna. Charlie Hunnam as Henry.

If your book had a candle, what scent would it be?
Sea water and smoky wood.

Is there any writer whose brain you would love to pick for advice? Who would that be and why?
Neil Gaimen or Gillian Flynn. Those are my two fav writers in the world. I love Gaimen’s imagination and I’d love to pick his brain about how he comes up with some of his ideas. Flynn’s ability to weave dread and hope into her stories always leaves me in awe and I’d just love to give her a hug LOL 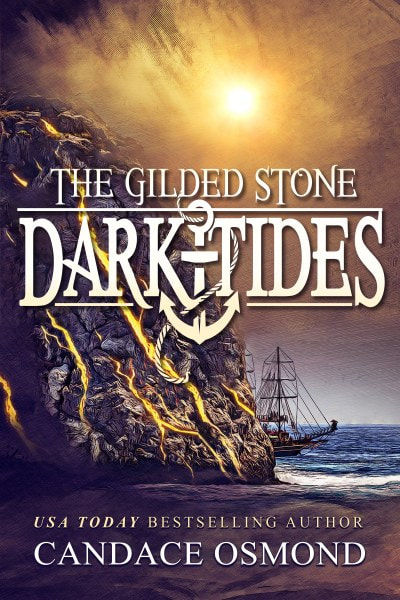 Make a choice. Go back in time. Save them from the devil…

What good is a happily ever after if it’s all ripped away by the hands of a devilish siren?

When Dianna’s children go missing, she and Henry are left with no choice but to do something they swore they’d never do again…travel back to the 1700s. But with their children’s lives in the hands of an unpredictable siren, they must make a hasty decision; trust that the sea creature will return their kids…or find a way to go back in time and risk never coming home again.

They soon realize they’ll have to travel further than they’ve ever gone; beyond our world to the mythical realm of Faerie to save their children. A task easier said than done. The rumored entrance lays across the ocean. They needed a ship.
And a crew…

In hopes of saving the family they started in the future, Dianna and Henry must search for the family they left behind in the past and travel across the sea to an unknown world. But four years is a long time and things aren’t quite as they left them.

Can they sail across the sea and uncover the entrance to Faerie before it’s too late? Or will they find themselves broken hearted and lost in time with nowhere to go?

Fans of OUTLANDER and PIRATES OF THE CARIBBEAN are obsessed with Dark Tides! One-click The Gilded Stone, book five in the #1 International Bestselling Series today! 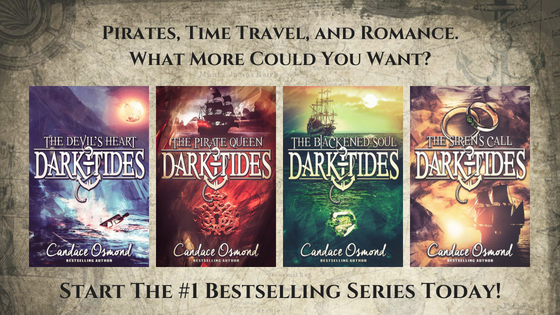 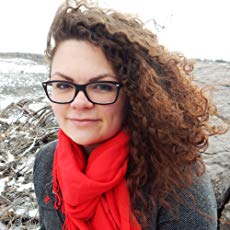 Bestselling Author and freelance writer/editor, Candace Osmond was born in North York, ON.

She published her first book by the age of 25, the first installment in a Paranormal Romance trilogy to which two others were published with it; The Iron World Series.

Aside from fiction, Candace is also an award winning Interior Designer and writer for Adorable Home Magazine.

Now residing in a small town in Newfoundland with her husband and two kids, Candace writes full time developing articles for just about every niche, more novels, and a hoard of short stories.