The Fall of Endurance Under a New Sun Book 1 by R.L. Blalock Genre: SciFi Adventure 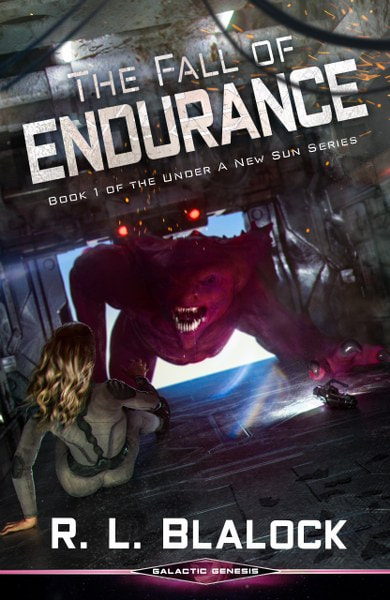 A starship’s sirens scream into the void. Can a highly trained protector fight for peace on an unfamiliar world?

It’s elite soldier Laure’s duty to protect the last of humanity. Four hundred years after Earth fell to alien invaders, she’s only known life on a colonization ship searching through space. But when the vessel is forced to crash land for emergency repairs, Laure comes face to face with a new breed of enemy.

Struggling both to battle aliens and rescue her colonists, Laure never expects to find her other half on the strange planet. As her telepathic and physical bond with the alien grows, she’s horrified to discover the people she’s sworn to protect turn on her and consider her inhuman.

Torn between two species, can Laure defend humankind from extinction?

The Fall of Endurance is the first book in the futuristic Under a New Sun science fiction series. If you like alien encounters, high-stakes action, and strong heroines, then you’ll love R. L. Blalock’s riveting saga.

Buy The Fall of Endurance to join the colonists in the stars today! 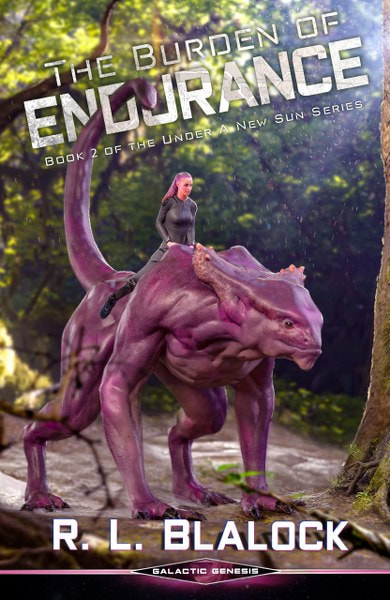 The Burden of Endurance
Under a New Sun Book 2
Publication Date: October 18, 2019

They survived the fall, but can they adapt to life on an unknown planet?

After a human and alien form a telepathic link, the commanders of the Endurance have a special mission for Laure and Kuna: Create an elite class of warriors connected with the alien Chroins.

They must lead a group of volunteers into the primeval forests of an unexplored planet as they search for beasts like Kuna that are strong, fast, and lethal.

But the Chroin aren’t the only threat. Not all colonists want to welcome them, and some will stop at nothing to get rid of them.

Can Laure and Kuna bring their two species together? Or will they tear each other apart?

The Burden of Endurance is the second book in the futuristic Under a New Sun science fiction series. If you like alien encounters, high-stakes action, and strong heroines, then you’ll love R. L. Blalock’s riveting saga. 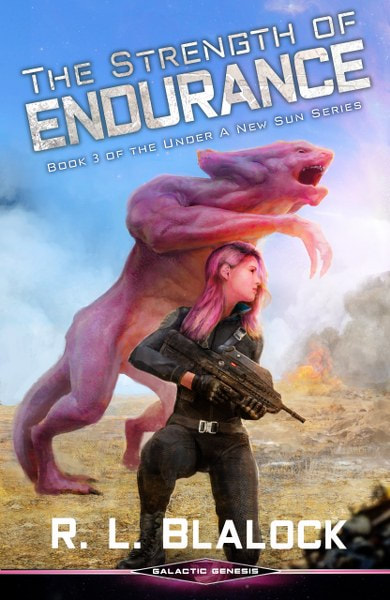 The Strength of Endurance
Under A New Sun Book 3
Publication Date: November 6, 2019

The bond that made them more than human will become their death sentence.

An unlikely pair. Laure, an elite soldier trained to protect the last vestige of humanity. Kuna, an alien hybrid akin to a wild animal. Telepathically linked and confused about what they’ve become, they must hunt for answers about their origins.

However, knowledge can be more damning than ignorance. As forces work to create distrust between the aliens and colonists, an “accident” is all they need for tensions to boil over.

On the run for their lives, Laure and Kuna must find a way to create peace between their people or be hunted down and executed.

The Strength of Endurance is the third book in the futuristic Under a New Sun science fiction series. If you like alien encounters, high-stakes action, and strong heroines, then you’ll love R. L. Blalock’s riveting saga. 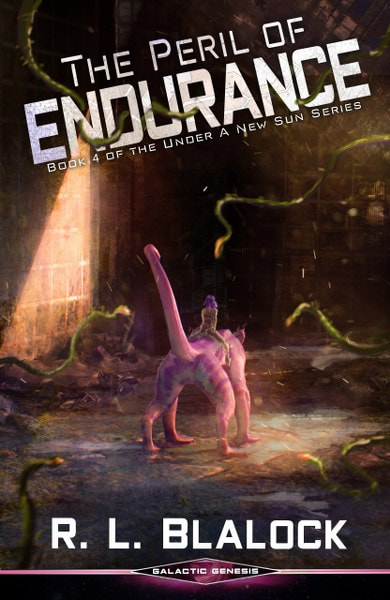 The Peril of Endurance
Under A New Sun Book 4
Publication Date: November 26, 2019

Humanity is not alone on its new home world.

The creators disappeared from the planet long ago, abandoning cities and deserting their protege. Commander Laure Higgins and her bonded Chroin, Kuna, are sent on a special mission to investigate the ruins and learn more about Iotova's inhabitants.

Not everything is as it appears. As mysteries unravel around them, Laure and Kuna find themselves in a frightening spiral as they try to escape the creations left behind.

Can Laure and Kuna uncover the origin of the Chroin and protect the remnants of humanity?

The Peril of Endurance is the fourth book in the futuristic Under a New Sun science fiction series. If you like alien encounters, high-stakes action, and strong heroines, then you’ll love R. L. Blalock’s riveting saga. 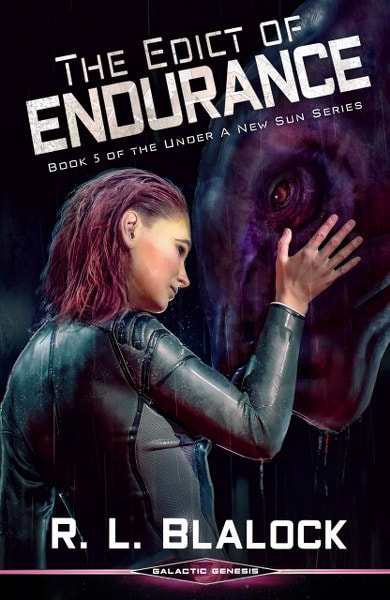 The Edict of Endurance
Under A New Sun Book 5
Publication Date: December 30, 2019

A battle for the Endurance will threaten all of humanity.

One by one the Chroin’s allies are dying. With colonists flocking to her cause, Corline finally seizes control of the Endurance and plunges the colony into chaos.

Laure and Kuna must find their people and protect them as Corline rampages through the sprawl. As the death toll rises, they are running out of time. Everything that humanity has worked centuries for is in peril. Including its future.

Can Laure save the colony and humanity? Or will Corline purge the Chroin from the Endurance once and for all? 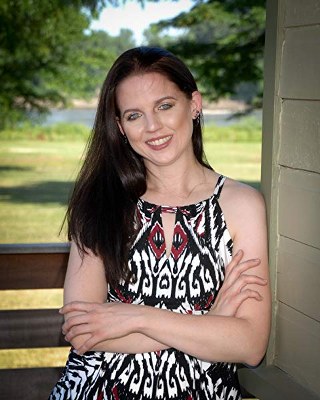 R. L. Blalock's love of reading started young, but her love of zombies started later in life. In 2008, when R. L. Blalock first watched the remake of Dawn of the Dead she instantly fell in love with the genre.

Stay connected with R. L. Blalock at rlblalock.com and receive a free prequel short story called The World Eater when you subscribe to her newsletter!!

10$ Amazon gift card, The Fall of Endurance key chain, and mini book bookmarks
Follow the tour HERE for special content and a giveaway!